How to Set Up an Effective Special Investigation Interview 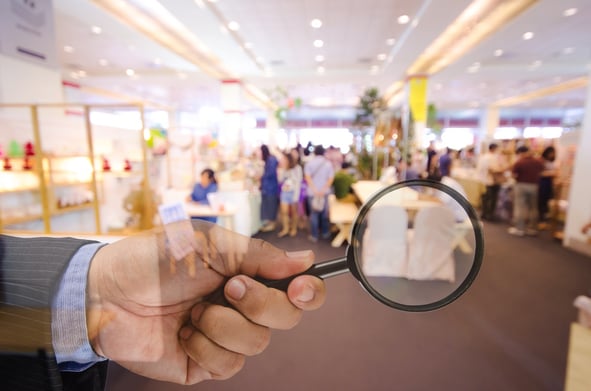 When someone in your workplace is accused of wrongdoing, your company might not have the resources it needs to hire an outside investigation company—in which case it will be up to the HR team or other personnel to conduct an internal special investigation.

If this is the situation in which you currently find yourself, relax. As long as you carefully and meticulously document every aspect of the investigation, you will be able resolve the situation effectively and fairly while protecting your organization from liability.

Whether you are an HR officer or a special investigations professional, these tips will ensure that your investigation is conducted in a thorough, effective, legally responsible manner.

Before you begin, remember the most important rule of a special investigation: document everything. If your investigation is ever challenged in court, it is highly likely that a jury or attorney outside of your organization will scrutinize every aspect of the investigation that was conducted.

You may have to turn over every note and recount every conversation you have ever had concerning the situation. For that reason, it is crucial to have a clear, well-thought-out plan before you begin the investigation.

You should also make sure to take careful notes. Years may pass before the investigation is challenged, in which case numerous employees—and their cases--may have come and gone. If the investigation’s notes are cryptic, undated, and disorganized, they will be virtually useless.

Make sure that every part of the investigation, including the planning process, is clearly and thoroughly documented and saved. This will ensure greater legal protection for your organization in the long run.

Many organizations would rather pretend that an issue does not exist rather than address it, especially when it comes to legally-fraught issues such as theft or sexual harassment. However, in most cases, an organization can avoid liability for employee wrongdoing if its management takes swift, appropriate action.

It is therefore important to understand, and impress upon others, the importance of remedying a situation quickly rather than “sweeping it under the rug.” Doing so will only give the complainant license to sue the organization for failing to address the situation.

With that said, make sure that your eagerness to resolve the situation does not cause you to inadvertently rush the investigation.

Give the investigation all the time it needs to be fair and thorough, and listen closely to all possible witnesses. No matter how much you want to close the case, don’t allow the push for a resolution risk a grave misunderstanding.

Before beginning the investigation, recognize that key witnesses, especially the complainant, might be intimidated by the presence of the accused individual in the workplace. It is always possible that the accused might intimidate, harass, or retaliate against witnesses in an attempt to influence the outcome of the investigation.

However, even if the accused remains pleasant and polite, witnesses may be silenced by the mere fact that they share the same office space. In order to maximize the obtainable information from witnesses, it may be necessary to remove the alleged wrongdoer, the complainant, or both individuals from the workplace.

If you decide to pursue this course of action, be aware that removing an employee from the workplace during an investigation is a serious Human Resources matter.

You should absolutely consult with all leadership prior to making the decision, and may even need to hire outside legal consultation.

Work as a Team, Not Alone

In addition, it is also extremely difficult for one individual to ask intelligent questions, formulate follow-up questions, and take accurate notes all at the same time.

Therefore, a good idea is to work in a team of two, with one interviewer responsible for questioning and the other responsible for note-taking. This process will also allow the note-taker to ask follow-up questions that the primary questioner might miss.

Having two interviewers will also give you different perspectives on a witness’ credibility. It could be valuable, in a legal investigation, to know that two interviewers differ on whether or not a witness can be believed.

The more opinions you have at hand, the better a judgement you will be able to form.

Now that you understand how to set up your special investigation, it will be time to get down to the nitty-gritty: document collection and questioning.