Don't Let the Chase Bank Employee Fraud Happen to You 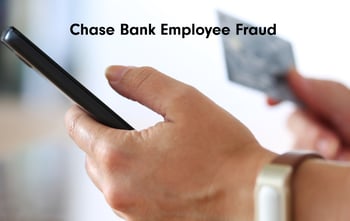 It’s no secret that bank fraud is becoming more of a commonplace after the economy dipped in 2008.

Ever since the Enron Scandal, we’ve been exposed to a bevy of news stories regarding white-collar crimes and employers/employees taking advantage of the system.

More recently, headlines have been slamming JP Morgan’s Chase Bank for a scandal in which a small handful of the bank’s employees have been skimming money from customers’ accounts for quite some time.Bad news like this is never easily remedied, even for a big-leaguer like Chase Bank, especially since it’s a delicate matter of gaining back hard-earned customer loyalty.

In cases such as these, having a strong fraud case management system can significantly reduce the amount of time spent trying to piece the scandal together, which means the company in question will also spend less time in the relentless media spotlight.

Late in 2015, two bankers at Chase, Dion Allison and Jonathan Francis, were caught using fake ATM cards to gradually divert funds from customer accounts into their own hands.

According to The New York Times, the fraudsters targeted 15 various customer accounts to siphon money from, and all of the accounts belonged to elderly individuals – some of which were already deceased at the time of the scandal.

Over the course of two years, the perpetrators preyed on customers who had relatively high balances due to regular social security payments, making it more difficult to catch the crimes while they were happening.

When all was said and done, the corrupt employees withdrew over $400,000, and some even granted themselves power of attorney in certain instances to snatch even more dough!

As a result of this internal fiasco, Chase Bank’s reputation will likely be under fire for quite some time, at least until the media chatter dies down.

Throughout history, there are many instances of major companies and financial institutions that have either been crippled or fatally damaged due to those few rotten apples who embezzled too much for themselves.

From the famous Medici Bank to Portugal’s Banco Espirito Santo, scandal has seriously hindered the reputations of many previously-successful organizations.

Luckily, due to the added advantages of modern technology, major companies now have the ability save face with solid fraud case management software, which can dramatically lessen the amount of time these cases remain scrutinized.

Get What You Need in Software

Aside from case details, this software also provides a news feed that allows employees across the country to update the status of events, showing who did what on a particular date and time.

Other features, such as assignments, reports, history, team lists, calendars and notes, will also make the investigators’ jobs simpler by revealing one inconsistent detail after the other to connect the dots.

Although it’s safe to say that fraud case management won’t always prevent dishonestly-driven employees from doing what they do, having a functional system in place will make it much more difficult for these individuals to cause irreversible collateral damage to the entire organization.

With this in mind, consider using software like Scout CMS to save time investigating an alleged fraud case and put a swift end to a potential calamity!