6 Counterfeit Product Cases in the News 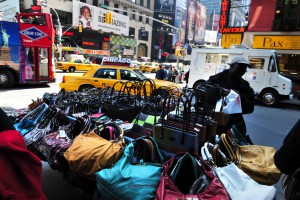 Millions of dollars are spent every year by companies fighting the sale of counterfeit products.

From fake Gucci and Louis Vuitton bags on street corners to name brand cosmetics sold at flea markets, counterfeit goods can be found almost everywhere – including huge
online websites such as eBay and Amazon.

Below are just a few of the many counterfeit product cases in the news in 2015. Brand protection services are at your fingertips. Don’t fall behind!

1. Bank of China in Contempt Over Counterfeit Goods

Manhattan District Judge Richard Sullivan held Bank of China in contempt for refusing to turn over account information on Chinese entities accused of selling counterfeit luxury goods in the US.

He held that the bank must pay a fine for withholding its customers' records involving Chinese entities that were sued in 2010 by subsidiaries of luxury goods conglomerate Kering, Inc., including Gucci Group, Bottega Veneta and Yves Saint Laurent.

The Bank of China itself is not a defendant in the original lawsuit, and their attorney said that they had no choice but to refuse to turn over the records and be held in contempt of court so that they could appeal the decision.

A group of luxury brands including Gucci and Yves Saint Laurent sued the Chinese online shopping giant Alibaba Group Holding Ltd. for alleged violations of trademark and racketeering laws, asserting that they had knowingly made it possible for counterfeiters to sell their fake products internationally.

The lawsuit was filed in Manhattan federal court by Paris-based Kering SA, seeking damages and a court order blocking Alibaba from offering or facilitating the sale of counterfeit products.

The lawsuit alleges that Alibaba conspired to manufacture, offer for sale and traffic in counterfeit products that used their trademarks without their permission.

The complaint states that Alibaba allowed counterfeit sales to continue even after it had been expressly informed that the products merchants were selling were counterfeit.

A 45-year-old Chinese woman has been facing lawsuits against her for counterfeiting from eight luxury brands, including Gucci and Louis Vuitton, for over eight years. In 2008, a federal judge in California ordered Xu Ting to pay Chanel Inc. $6.9 million in damages for selling counterfeit goods online.

In 2009, a Florida judge ruled against her, shutting down seven websites she was helping to run that were selling fake Louis Vuitton, Marc Jacobs and Celine products.

In 2010, Gucci, Balenciaga, Bottega Veneta, and Yves Saint Laurent brands - all part of France's Kering group - filed a lawsuit in New York federal court against Xu Ting, her husband, her brother, her mother and six others for selling more than two million dollars of imitation handbags and wallets online to US consumers.

Gucci is seeking $12 million in damages. Despite the lawsuits and rulings, during this time Xu Ting has managed to complete graduate studies at San Diego State University, amass at least $890,000 in Chinese bank accounts, and buy a $585,000 house with her husband.

The R. Rex Parris Law Firm has filed claims on behalf of Wimo Labs against eBay®, PayPal® and various eBay Sellers in Federal Court under the RICO and Lanham Acts, claiming that the defendants knowingly and deliberately facilitated, proliferated and profited from the ongoing sale of counterfeit products on ebay.com.

This landmark lawsuit identifies ongoing practices by the $18 billion ecommerce giant aiding a $1.7 trillion global criminal enterprise that threatens the health and safety of American consumers as well as the United States economy, while damaging the manufacturers’ reputations and brands.

The suit is the result of a two year investigation by The Counterfeit Report®, a consumer anti-counterfeiting advocate. Manufacturers injured by RICO activities in business or property by reason of a violation of Section 1962 are entitled to recover three time the damages sustained, along with the cost of the lawsuit.

A significant number of members of the eBay consumer community may also be entitled to refunds for counterfeit products purchased on eBay.

Six people were arrested and charged with trademark counterfeiting as the result of an eight-month investigation by the Grand Prairie, Texas Police Department.

A tip led police to investigate Traders Village, a large local flea market where the products were being sold. Police warned that in addition to being illegal, counterfeit products are made without FDA approval and may contain dangerous ingredients.

Etsy Inc. investors filed a proposed class action against the Brooklyn-based company and its executives after an analyst revealed that more than 5 percent of about 40 million listings may be counterfeit or otherwise infringe on popular name brands.

Investors allege that they acquired Etsy securities in ignorance of the adverse facts concerning Etsy’s business and financial condition, which were concealed by the defendants who were motivated to make false statements or omissions in order to personally benefit from the sale of Etsy securities.

When Etsy first went public, its value rapidly climbed to over $3 billion, but then fell quickly amid fears of major companies cracking down on the sales of infringing counterfeit merchandise.

Ground-breaking cases like these showcase increased scrutiny of online retailers and the sale of counterfeit products.

The final resolution of these cases could well impact the future of online retail sales as well as the security of brand trademarks on an international scale. See how Scout case management software can provide brand protection services.