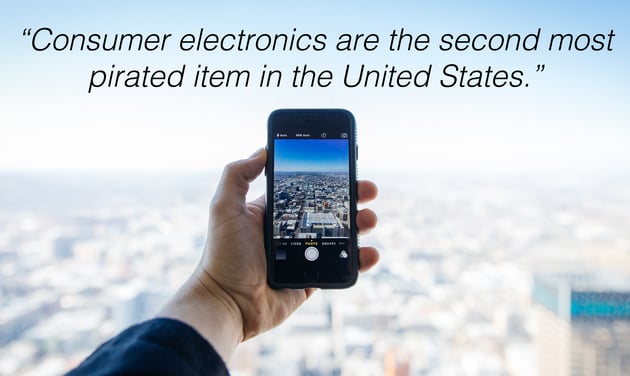 In this blog, we talk a lot about the various ways in which counterfeit products cause harm – mostly of the economic sort and involving companies and the people who are employed by them.

But the people most directly impacted by counterfeit products are consumers. Those who unwittingly buy knockoffs are eventually blindsided with poor quality. Even people who knowingly buy imitation goods are often shocked by the results of what they’ve bought.As if poor overall quality and a short term of usability weren’t bad enough, counterfeit products can be dangerous. Here are five examples:

From big-name brands frequently advertised in media to opioid pills containing excessive amounts of fentanyl, counterfeit pharmaceuticals pose a clear threat to consumer health. As the advertisements explain, name-brand pills can provide a number of unwanted side effects.


But with counterfeit pills, consumers face additional side effects and allergic reactions. What they may be is anyone’s guess, because exactly what’s in the pill will likely be unknown.

Counterfeit painkillers add to the United States’ already severe opioid problem. Counterfeit pills are especially big in foreign markets, where counterfeiters sell the most by faithfully recreating the labels, bottle and material aspects of the pills.


Some of those dangerous counterfeit products included “nearly nine tonnes of counterfeit sugar contaminated with fertilizer” and “85 tonnes of olives which had been ‘painted’ with copper sulphate solutions to enhance their colour.”

Many counterfeiters were arrested throughout the world, as the web of players spanned several countries.

Consumer electronics are the second most pirated item in the United States, trailing behind only clothes. If these electronics had been sold, it would have comprised of 10% of the estimated value of all fake goods!

Smaller counterfeit products like hair dryers can also be deadly with poorly configured circuitry that can shock people.

A more recent trend includes counterfeit smartphone batteries. Given the big expense behind today’s phones, some consumers are hungry for a good deal.


But the bad part of the deal is that smartphone batteries involve complicated engineering that can malfunction – even without being hacked. Samsung, which has had its share of problematic batteries recently, says the use of counterfeit batteries can include battery expanding, catching fire and exploding.

At best, counterfeit auto parts will under-perform. At worst, a cheaper knockoff product can malfunction severely and create havoc on the highway.

Counterfeit auto parts are a rapidly growing problem in the states, involving things that are essential to the safe functioning of a care like tires, airbags, brake pads, spark plugs, water pumps, oil, fuel filters and more.

As a relatively new problem in the counterfeit world, experts don’t know that much about these parts. According to this local news story, a car may be filled with counterfeit parts, which do not go through the rigorous safety inspections automakers normally endure.

These are chemically based goods that, when imitated, may use dangerous ingredients. For example, counterfeit Colgate toothpaste was discovered in 2007. Included in the knockoff ingredients was diethylene glycol – also known as antifreeze, a toxic replacement for fluoride.

Unfortunately, there’s also an abundance of counterfeit cosmetics featuring similar dangers. Makeup is applied to the skin, which can absorb dangerous toxicants.

For brands looking to be proactive against counterfeiters, anti-counterfeiting software can go far in discouraging pirates. To see how these efforts can work for you, schedule a free demo today.